Rovers Retire as Champions
Posted on October 15, 2019 by FPSC 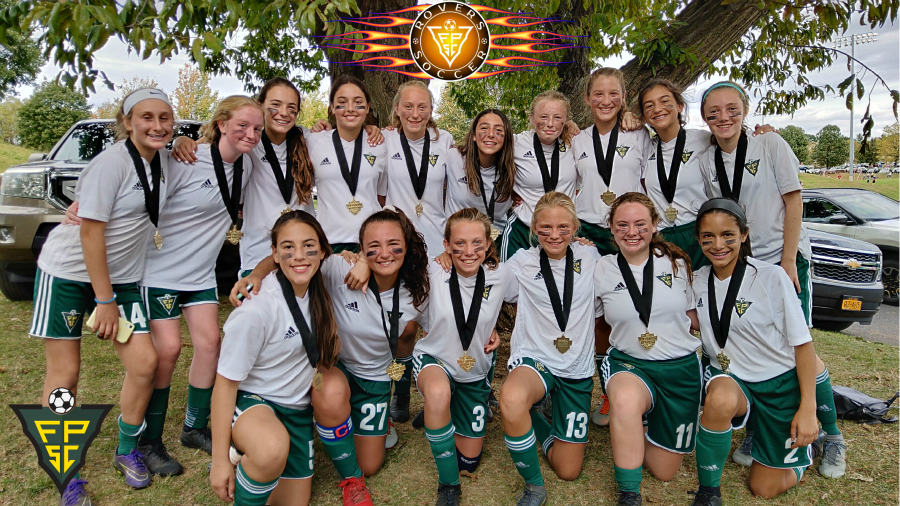 When the Rovers decided to make this their “Farewell to Lehigh” tournament appearance, they in no way expected it to end the way it did.

In the weeks and days leading up the tournament, the Rovers could not wait to get to Lehigh. But it wasn’t the soccer tournament they were talking about. It was the Go Kart Racing planned for that Saturday night! And they told me straight out at our Lehigh meeting, “you care about the soccer, we want to have a sleepover!”

So the coaches wanted to make their last time up at Lehigh a fun-filled weekend, that started with an ice cream run to the Tin Cup on Friday night and then renting out the track at the Lehigh Grand Prix where they raced gas-powered go-karts. 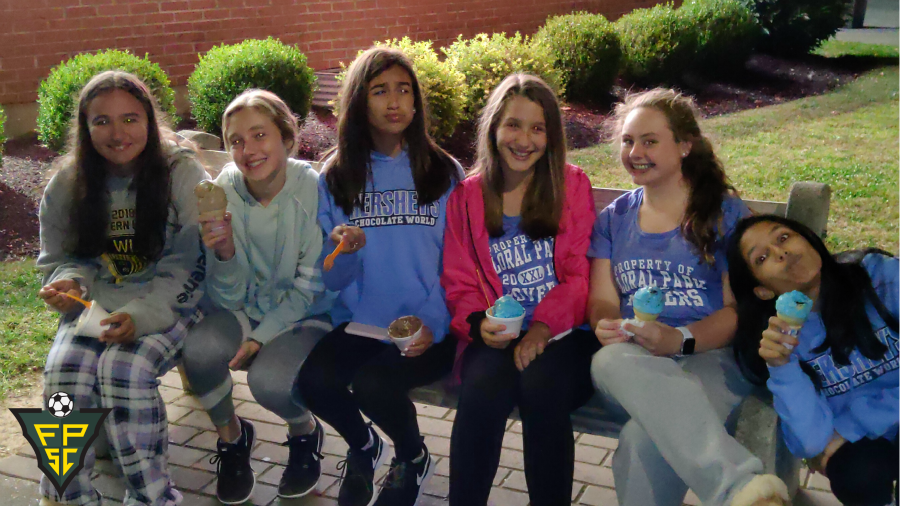 Coming off their best ever 2019 season, the Rovers had been playing their best soccer to date. Moving up to Division 2 for the Fall and being in 3rd place at the time of Lehigh, the girls were as tight and confident as ever as a team. But as in the past, they knew what to expect from Lehigh and that the teams they would play, which were mostly the same as last year, were going to be there looking to gain points for their national rankings.

But when the Rovers hit the field for their 1st game on Saturday, their level of play, as it always does in tournaments, rose higher and higher as the game went on. The Rovers offense was on full display with goals coming from Ryann R., Lauren C., Bridget M., and Keira M., as was their team defense giving up only a few shots and playing most of the game on the opponents side.
The Rovers won that game 4-0 and the landslide would begin.

They would watch the other 2 teams in the division play next and were a little intimidated by their size and physicality, again not realizing that they looked the same when they were on the field.

The Rovers would play to a 0-0 tie in game 2 against the team that tied the 1st place team, so the coaches were optimistic.

Of course, after game 2, it was all about the go-karts! 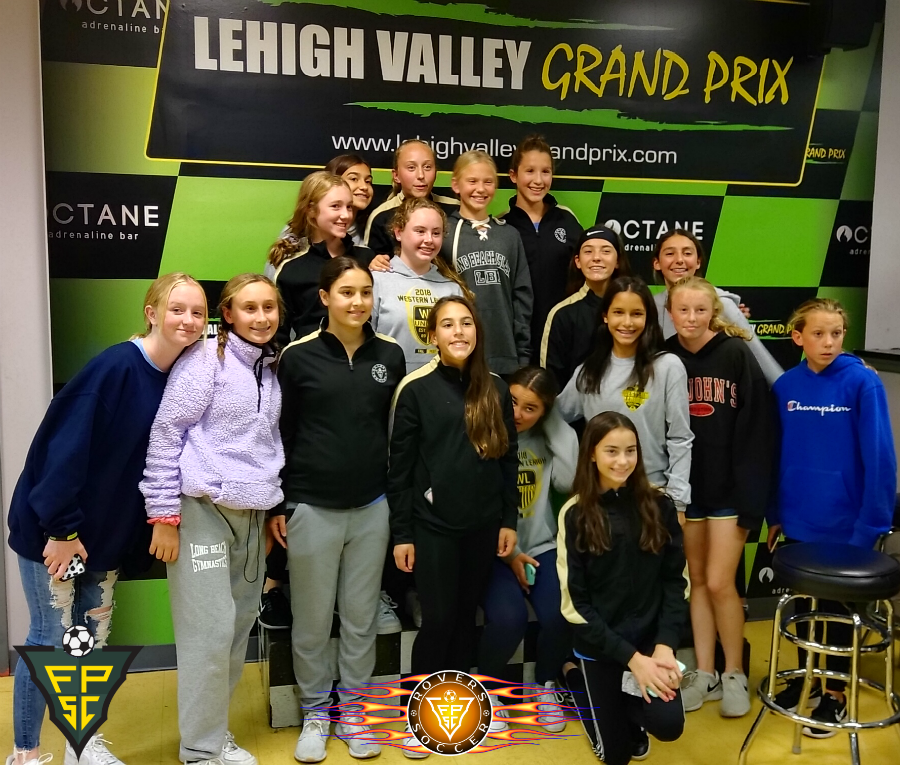 Sunday morning came, and just like most of all the other teams, the Rovers were groggy and tired. They were still talking about the go-karts from the night before. When they got to the field it was a slow and unenthusiastic warmup.

Game 3 started against Lehigh’s team, who were in 1st place ahead of the Rovers by a 1 goal differential. The Rovers started slow but played well, and in the end, could not stop the “kick and run” style Lehigh played as #22 for Lehigh would dominate scoring 3 times. On a great shot from Grace M., her first ever goal at Lehigh, the Rovers would score 1 but would not catch up.

After the game when the coach announced that we would be playing them for first place, a new energy came over the girls as they could not believe it! Usually, we were playing the dreaded concession game as we have only won 1 time at Lehigh before this weekend.

While the girls were excited, I as their coach knew from past tournaments, that the 3-hour break would lull them to sleep and we would be flat for the championship game. So 40 minutes before game time, we started warmups. Intense warmups. The Rovers did drills non stop until it was time for the game to start. The other team was sitting and watching and shaking their heads probably thinking, these girls will be tired before the game even begins. They probably thought that since they had beaten us already, the game was already theirs. At the end of warmups walking out onto the field, many Rovers players were breathing heavy and guzzling water. But I knew they were fit enough and that they needed to be pushed so that come game time they were already in their groove.

Then the plan was hatched by Coach Joe McKie. He brought up the idea of marking #22, their best player who burned us in the first game. That assignment would go to Mia C. and eventually Erin R. when Mia needed a break. We would give up 1 payer on our team and basically play them 10 vs 11 hoping to take #22 out of the game. So we would have one empty spot on the field on our back defensive line. We only play 3 backs so that would leave us with only 2. We gave Grace M. the responsibility of not only playing defensive mid, but also playing right back when needed, playing both positions almost at the same time. Then our other defensive mid, Bridget P., would need to cover the entire defensive side of midfield. This would leave us with a hole in the middle, but the team was aware and knew they would have to cover for each other. 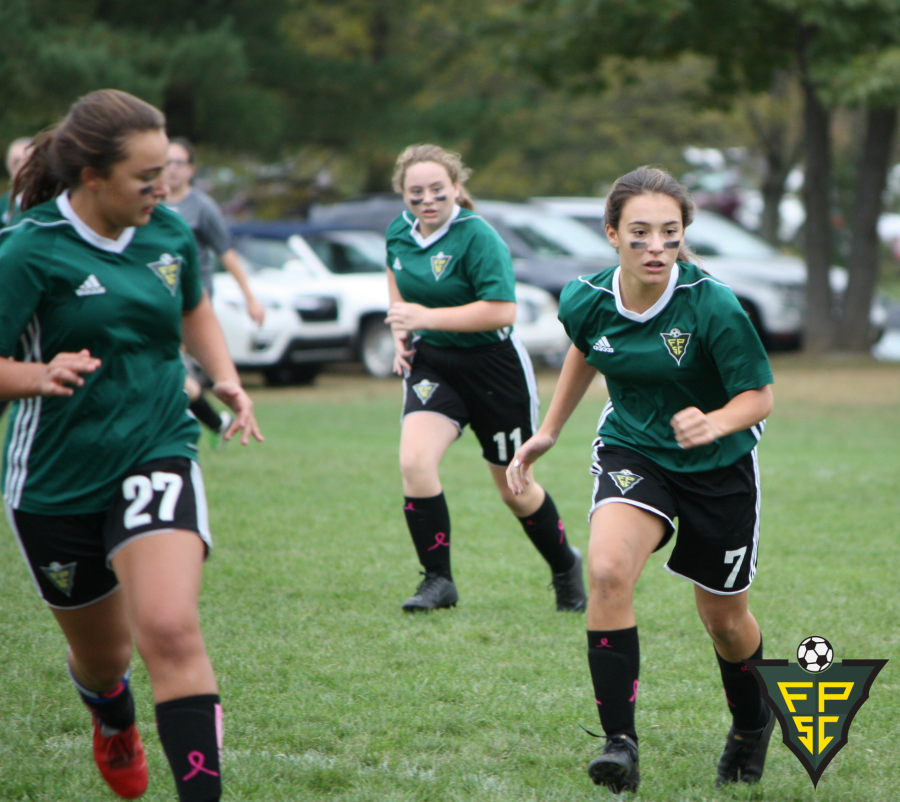 When we explained the strategy to the girls, they all bought in.

The game would start and just as I thought, the Rovers came out on fire. They were physical and fast and playing in their groove showing no signs of fatigue. They were flat out relentless! The word we use on the field is tenacious, and every player was exactly that, not giving an inch to the opposition.

It was a tight game, but the Rovers playing their possession style were controlling the ball and playing mostly on Lehigh's half of the field. As the teams went back and forth you could feel the tension building. The Rovers were getting their chances and pressing hard. Then the Rovers took Lehigh's goalie out of the game. The Lehigh goalie was fantastic. She was directing traffic and calling plays for her team all game and in the first game as well and she also made some really great saves. But Lauren C., fresh out of concussion protocol from game 1, blasted a rocket from about 10 feet out from the top of the 18. The shot was so hard that the goalie could not stop it and it eventually hit her hands and went through her for Lauren’s 2nd of the tournament and the Rovers 1st of the game. The goalie was definitely rattled and in disbelief as were the Lehigh players and coaches.

That opened the floodgates for Rovers Soccer! With that goal and Mia making play after play on #22 stopping their kick and run game plan it gave the Rovers confidence to play harder and looser. The girls would move the ball all over the field not letting Lehigh gain control, and when they did, 2 sometimes 3 Rovers would pounce! Towards the end of the half, Lehigh would push back, but the Rovers defense and Goalie Haley N. would be the answer giving up nothing.

The 2nd half would start and continue exactly the same as the 1st, with the Rovers dominating! Every time #22 had a chance at the ball, either Mia or Erin would tie her up allowing the Rover defense of Sam M., Abby M., Charlotte S., or Gabby M., to mob her giving her no breathing room. The combination of Strikers Michaela R. and Kayla A. would cause havoc for the Lehigh defense. They were both running the full width of the field attacking each defender who touched the ball. They would free up space for our midfielders Bridget M., Ryann R., Sophia M., Violet R., and Lauren C. so that they could push the play forward and keep Lehigh pinned. And then, on a lead pass from the midfield, Kayla A. would spring into action, streaking past their defense to pound the ball into the goal for the Rovers 2nd! Parents were going crazy as were the girls on the field and the bench.

It was now 2 - 0 with about 15 left and the Rovers were rolling. As I stood on the sidelines ready to sub in, I leaned over and said to her: “Violet, I need you to go out there and make something happen, we need another one, you can do it.” With that Violet R. enters the game. She gets a long lead pass from the midfield and with her first touch makes a perfect leading cross pass to Keira M. who buries the ball for her 2nd of the tournament and 3rd of the game! With 8 minutes left, Lehigh had no answers and were mentally defeated, just kicking the ball downfield when they could.

The whistle blew and the Rovers were champions.

It is hard to convey the level of intensity in this game. The boys who were playing after us were all watching as was the crowd that gathered in the corners.
As one parent said, “I have never seen them all, every one of them, so focused and determined.”
Another parent said after the game, “this was the best game I have ever seen.”
The Lehigh coach during handshakes came over and said to me, “you have a special group of girls there.” (I already knew that.)

From a coach’s standpoint, I was in awe of not only the level of play I had just seen but the camaraderie on the field for these 17 girls working as one to achieve one common goal, which honestly, had never entered our minds. They really just wanted to go go-karting!

I watched every player buy into our system and execute what they practice perfectly. As they do time and time again, they continue to impress me in these big game situations.

I am so proud of them all and I am honored to be their coach. 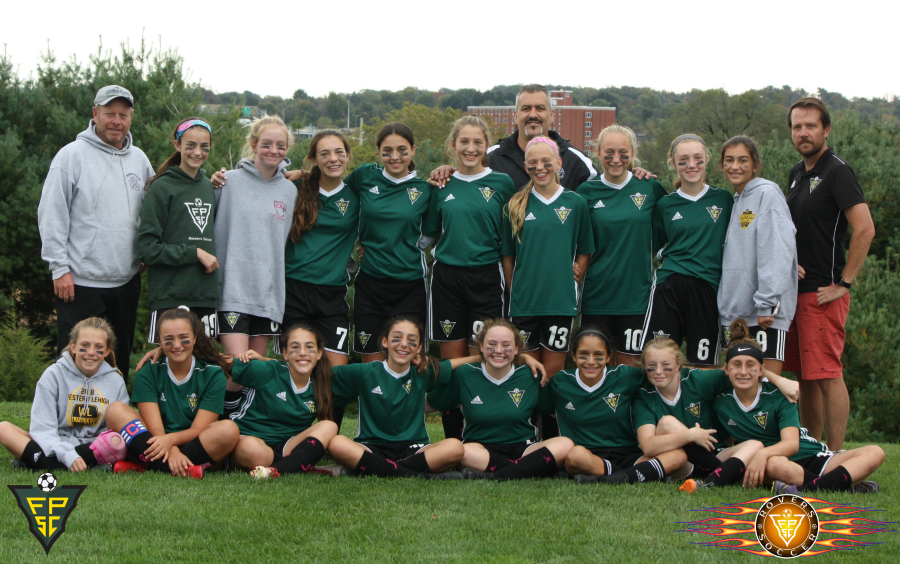 
FPSC Board of Directors